I left the blog last time with a few hints as to what the Citroen needed in order to get it ready.  On paper at the start it looked easy.  Very much like a political party’s manifesto.  Back in 2014 it looked like all the car would need would be:

It sounds easy eh?  With a car that looks this good on the floor you would think it would be:

As the tinkerer and restorer of us know, even if the car does quite a few miles without the aforementioned issues life is not quite as easy as you think, especially when it is put into practice.

Remember the wonderful D-Jetronic system I mentioned?  With things being moved around and wiring only the French have the ability of understanding after being left the keys to the wine celler it was a source of mant headaches.  This ranged from the ECU (yes, it does have one!) not powering up or staying on the entire time! 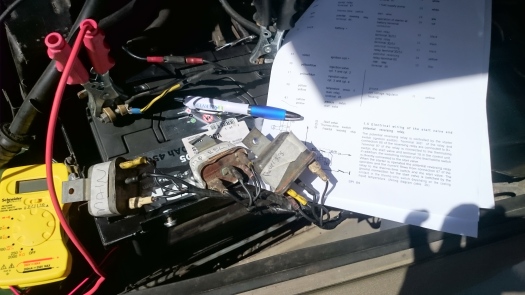 Yup, for reasons unknown to man the French decided to colour the connectors and not the wires?  Why?  Maybe they ran out of the coloured wires.  But maybe it is a hint to simply how cash strapped Citroen were during the development of the DS yet somehow keeping the dream of something out of the ordinary alive. Even getting a battery that did not short itself out on the battery clamp was a mission!

If only that had been the only issue.  The suspension would require more work.  Manydifferent spheres were fitted to the DS over its life.  This car however seemed to have spheres from all sorts of Citroens on it!  This would be yet more time and money put towards the correct parts. At least with a new steering rack, spheres, regulator and pipes fitted the car would stand a chance of performing well.

But this old Citroen had a bigger issue hiding beneath its skirt, or should I say the underseal.  Rust. 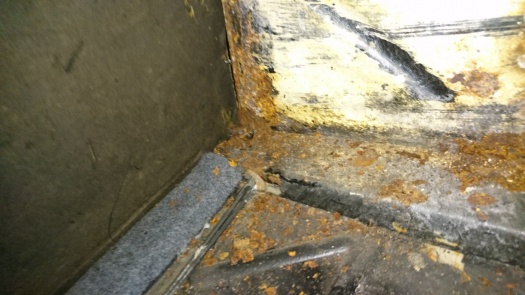 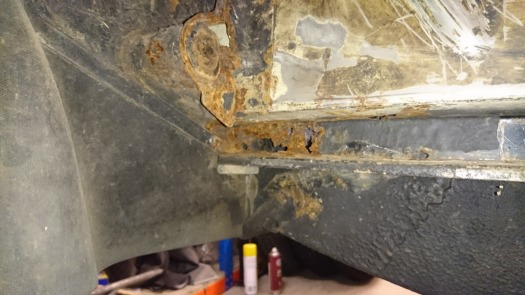 Yup, beneath the carpets and underseal the car was not a pretty sight at all, despite being for the best part solid as the rear inner wing/chassis rail and rear panel shots show.  Worse still, the front wings after soda blasting looked more like they belonged in the team rooms rather than the car.  Some painstaking reconstructive surgery would soon have them being good once again along with a new panel and other metalwork carried out in 2017: 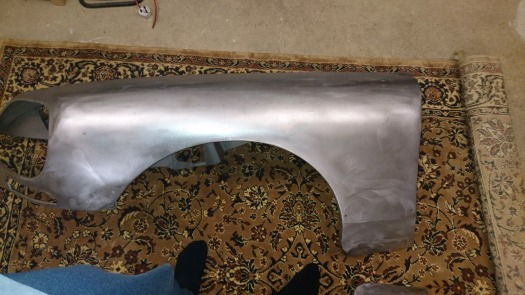 In the words of a Magpie, SHINY!!!

With the Citroen slowly becoming less rotten it certainly looked like it was getting there.  OK, maybe that is an exxageration but you have to look at the positives at times! 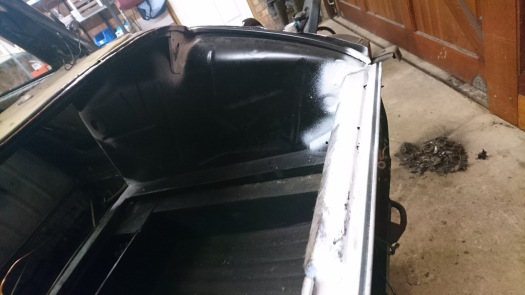 After a lick of paint once the suspension parts were replaced it was all beginning to come together:

With the wings back in place, the boot tidied up and the wings back from the paintshop all was beginning to look well for now. With the Michelins now on the car and the tinwork being correctly painted what could possibly stop this resto?

Even the lights were working well!  The DS had its iconic eyes back.  Eyes so wonderful that they have been the trademark of the DS.  Not even them looking a little like Dame Edna’s glasses after she has had a hit of acid with the turning lights cannot shake their beauty.

However, not even the darkness could hide the shoddiness of the paintjob on the wings. And man they were bad.  I guess when you are attempting to ready a car weeks before it hits a 1200 mile roadtrip compromises have to be made:

Before we knew it it was a day before the 1200 mile trip.  How many road tests had the car had?  A few.  Up and down a dual carriageway nearby.  What could possibly go wrong?