It was fair to say that I was lovely Valencia! Like a lot of Spain you find it hard to leave the great places ; the chilled atmosphere, great food and friendly people certainly do not help here! However, the next leg would leave me with a good reason to leave!

Leaving Valencia was like most other Spainish cities. Plenty of motorways with lots of heat. However, I never remember the speed limits changing quite so frequently as they did as I was experiencing on this trip! I guess its one way the Spanish could break up the monotony of motorway driving! Not that you really need it in an M3!

However I soon saw another reason to keep myself awake. That was to turn off the A7 onto the CV790 heading towards Costa Blanca, or rather, Benidorm. This road soon renewed our vigour from a driver’s perspective. I can’t say that my passenger shared my enthusiasm on some of the bends where I enjoyed myself! It was a little like the Italian job pilot scene, albeit without the snow and the Lamborghini! I was loving many of the tight bends I was contending with but also the changing camber of the corners, even if they did catch me out on a few occasions! It’s times like these that you learn more about driving as well as about your car behaves itself! 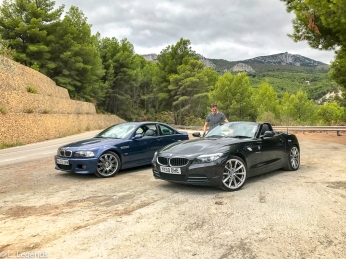 Before we knew it we had arrived into the outskirts of Benidorm, ready to have a good night’s sleep, a few beers as what most people do on a holiday, relax! That said I did bring along another passenger for the trip, in the form of a bird that I unintentionally hit!

At this point the M3 would prove it’s worth as a practical car once again! With my friend’s car being strictly a two seater it was the car of choice whenever we left the house. Not a bad way to travel in the Spanish sun you could say! Naturally we spent most of the time just chilling out rather than driving!

Before we knew it we would be well rested and travelling back to the UK.  As always the M3 munched up the miles with ease as we cruised back doing a 2 night stop.  This involved going through the Pyrenees and many single cross country roads as well as towns, which broke up the scenery nicely initially.  It was also strange going through a tunnel where there was a 15 degrees temperature drop in comparison to outside!

It was fair to say that this trip have been epic!  So right on so many levels, yet with a lot of trepidation! It was a shame to be back home, but in another, also quite a relief given the baggage an E46 M3 comes with.  All in, the trip was superb and the car proved itself as a European tourer that can master many trades.  Here is to the next road trip of many! 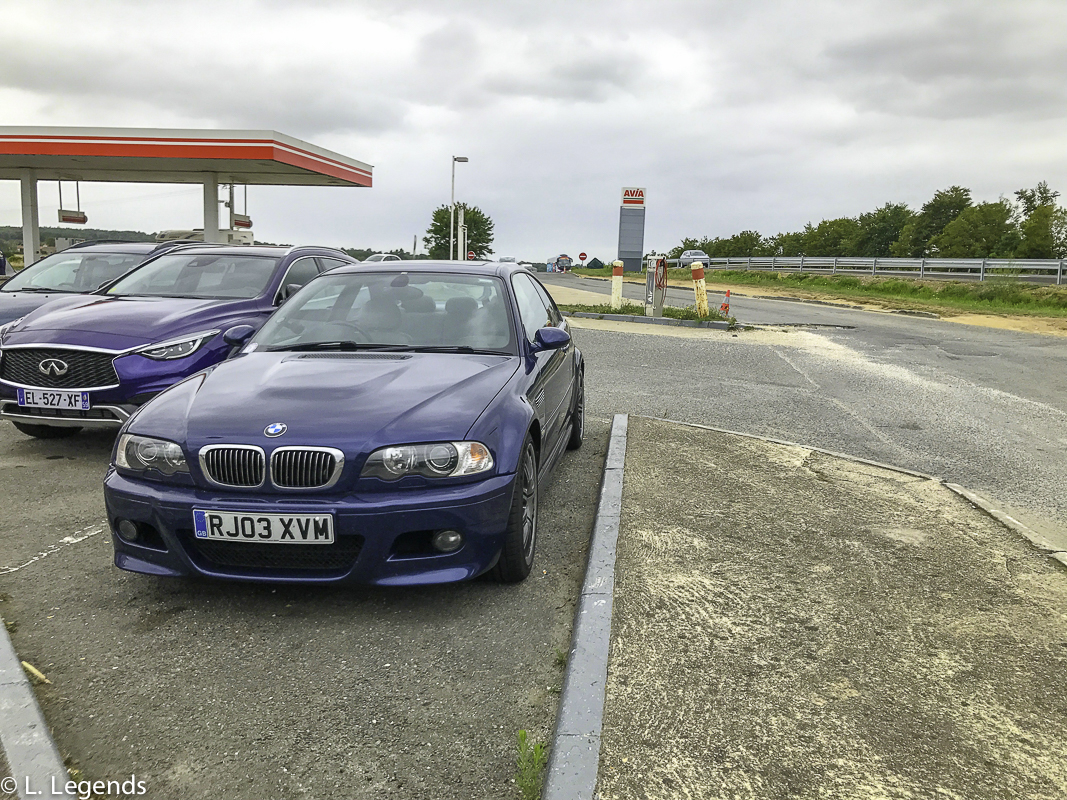 From where I last was with the the old girl it was fair to say that it was busy redeeming itself. For the next 3 months it was nice where the car had been spend free for once. It was 3 months in come August when I would broke this rule. Why? I needed cupholders and an SMG relay. While the relay could be justified what about the former item? This was easy ; I was going to drive the M3 down to Spain for a bit of a trip.

Given their reputation these days for many things going wrong I was apprehensive about doing so. Thoughts about the head gasket, SMG pump, VANOS and bottom end issues all went through my head. I had taken £200 shitters previously across Europe so why worry so much about this trip? I guess when it is your pride and joy that has cost you a few quid to maintain this feeling is quite normal.

Since the car had a service during the oil cooler saga only months before I left I knew it would be a case of checking the car over. Before I knew it there was little else to do but fit the new cupholders. While there was a mixup with the colour of the cupholders being delivered to me Cotswold BMW to their credit bent over backwards to get me out of this jam.

The correct items in place. The colours actually OK despite the photos showing otherwise

I did not hesitate to fit the grey cupholders and to pack my tools and spares for the trip. Little did I know the time for me to leave the UK for Spain would creep up very quickly! But at least the car was a joy to drive down, with me having some great company in the form of a good friend for the trip. Leaving at 6pm on a Thursday night however would hamper how much progress we made in France that day, especially when the Eurotunnel had a delay on of an hour until we actually would get onto the boat. With that in mind we made ourselves comfortable and attempted to sleep on the train and while waiting for the train with limited success.

Once in France and the time now being past 12AM we decided to call it a night and stopped off just outside Calais to rest and hit the road the next day.

This day would be testing. We would be driving from Boulogne-Sur-Mer to Pamplona, Spain. In a day. Yup, it was not going to be a short hop. With that in mind we jumped into the car and hit the autoroute. The M3 did come into its own here

Despite it being 14 years old and with a few miles on the clock it literally cruised all of the way down through France. 4 hours felt more like 2 and even the weather was cheering up for us. This would all change when he hit Bordeaux at 4pm that day.   Going through the hot traffic you could hear the car’s fan operating at maximum speed as the heat went up to 33 degrees centigrade. The car by this point had been running for 7 hours with us only stopping for lunch and fuel. Before 5PM with the car crawling around Bordeaux a few warning lights came on! It was running cool (albeit the oil temps going to over 100 degrees centigrade) and generally fine however. With this in mind I decided to stop off and let the car cool off for ½ an hour and let the traffic die down. Oh, and treat myself to an ice cream.

You have to love the French motorways. Quick and stress free driving!

The M3 certainly was a great companion in France

With that done it was then time to hit the road again with our next stop being Pamplona. After Bordeaux however this leg would drag on a little. However, we made it to Pamplona for 9:30 to meet up with our friend who had been there for quite some time. Not a bad time to get there really!

After having a beer and a small meal we all knew it was time to get to bed and to see what sights Pamplona had to offer. The truth is it was more than I was expecting!