It was fair to say that I enjoyed the Silverstone Sunday Service back in October 2016. It certainly looked like the car was earning its keep!

This is why it was surprising to hear that BMW were recalling BMW 3-Series cars of the E46 vintage for the driver’s side airbag recall. When it came back the car came back with good news. The car was given the green light for the best part including the subframe. I say the best part as the car was flagged up for having 2 tyres on the limit of being legal in addition to the 2 rear not being much better. Furthermore, the intermittent driver’s side headlamp decided not to work either when at the dealership. Not a bad result overall.  At least the steering wheel looked a little nicer: 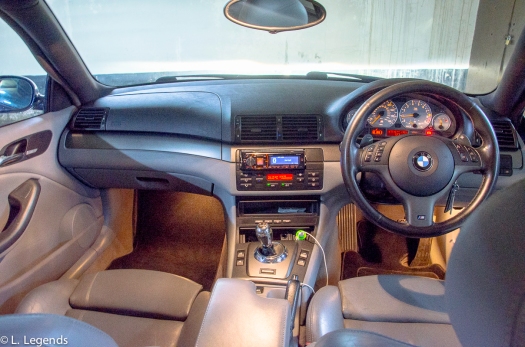 Since the car looked to be earning its keep I decided to treat the front to a front end respray.  Suffice to say it did look alot better afterwards!  Enough for me to consider taking the car to the superb Pistonheads Sunday Service at Prodrive, Banbury in the future! 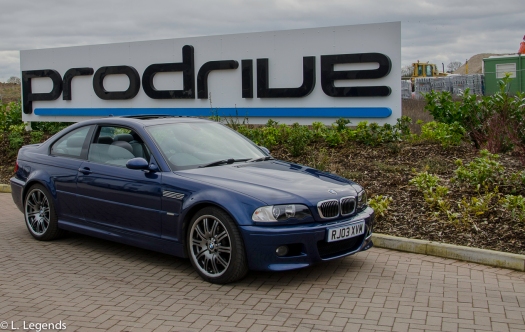 Another annoying issue had been the rear view mirror.  Like most E46 M3s the mirror had started to look a little funny, like it didn’t know what shade it wanted to be.  Thanks to a man in the trade known as ‘MirrorJohn’ (no, really!), the mirror was fixed and as good as new again.

This is where it seemed I had started to become complacent. Come December and the car lost a cylinder, misfiring badly driving back from work. With all of the M3 horror stories on the internet I began to fear the worst. This was not helped upon me plugging in my el cheapo code reader into the car which claimed all was fine too! It was only when I plugged in the known INPA software that the car that the issue became apparent; there was a misfire on cylinder no.6. Off I went to order another coilpack from Euro Car Parts of the Bosch flavour. All of a sudden the car looked like it was going to be a reliable runner. It was wishful thinking to think it would stay like that.

Since I required an estate for a day or two my father and I switched cars. When it came to switching the cars back I was informed that the car had an intermittent alternator light. Driving the car proved seemed that he wasn’t lying; The battery light was one for a few second and then off again. Putting the voltmeter across the battery terminals also confirmed that the alternator was charging intermittently. With the battery and earth connections it did look like the alternator. When I initially tried to source a regulator for the alternator I was greeted by £100+ regulators, the same as what BMW wanted. With this in mind I grit my teeth and splashed out a little more for a new alternator. Like the valve clearances I ended up taking off a fair few parts just to get to the alternator. At least I now had a rhythm for removing them quickly mind you. Since the front of the engine was sounding rattly I also checked the auxiliary belt tensioners and pulleys. Two of the tensioners were in a bad way so these were also changed for new items which soon silenced the noises. 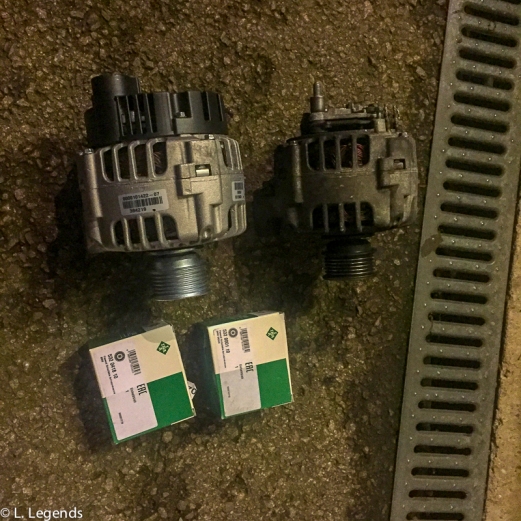 All of this just to change an alternator?

But at least on Christmas day on a quiet drive back from Birmingham Airport it was frugal.  In M terms!

It was fair to say that the M3 landing me these bills over Christmas was not appreciated. At least one of us got to enjoy Christmas. But I knew the car needed another niggle sorting ; the pesky driver’s side headlight! It was like playing headlight bingo every time I turned them on. There was nothing for it but to take the headlight apart. 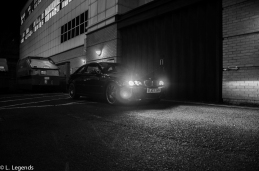 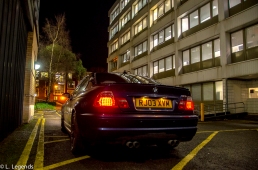 I changed the bulbs when I first bought the car which seemed to fix the problem intermittently but I had a strong suspicion that it was the headlamp ignitor that was at fault. With that in mind I bought a spare ballast and ignitor so as to plan for this. Upon changing the externally mounted ballast I still had no headlamp! There was nothing else for it but to completely disassemble the headlamp assembly, simply to change one part! Seeing as I was taking the headlamp apart I also took the opportunity to change the headlight lenses. It was fair to say that it was not a job I was looking forward to. However, I was then rewarded with headlights that were finally reliable for my efforts as well as a brand new looking front end.

For the next few months all seemed well. So well that I decided to treat the car, and a minor issue ; the rear Rear Axle Carrier Panel/Rear Subframe also known as the RACP. It’s a known issue that the subframe mounts and the RACP can crack and break away from their spot welds irrespective of age or modifications with an E46 3 Series. To be honest my car also could have felt tighther despite driving well. With that in mind I booked the car into ETA Motorsport for the reinforcement work. This was despite the car being given the all clear from BMW.  In short, despite what BMW said my car had cracked on further inspection ; things that are only apparent when the subframe is dropped:

For a few months it seemed the car appreciated the car it was getting some needed TLC. That would stop a fortnight before I dropped it in. I initially saw a wet mark on the undertray. I assumed that it was the power steering pipe ; this has dried on dirt possibly from oil on it:

Little did I know not only was Christmas an awkward time for the car but I had another awkward time coming, and this time for Easter!  Would my festive cheer begin to wane?