So, where was I last time? Ah yes! Speaking about the MGB and the chassis changes I had done. What did these changes entail? Well, the chassis setup was as follows:

Some would argue that such a setup would be dreadful. With mid-range tyres, big wheels, and Poly bushes, albeit good quality items, I was made to think that I wasted my cash.

How wrong I was! It drove lovely! The SuperFlex bushes worked wonders on the rear! From a solid rear-end, the back of the car was suddenly pliant, comfortable,yet very well controlled. It was a revelation! Nowhere near as bad as the scare stories made out! It was absolutely brilliant!

It was finally spot on! The interior was near enough new, the drivetrain was very good, and I had the suspension dialled in to make it drive better than when the ‘B left the factory! It should have been peachy, right?

Well, no, was the answer. It seems crazy to think I put alot of work in and I’d be happy with the result. But I was also aware there was alot of work still left to do! What was left I hear you ask? Quite alot was the answer! The problem with striving for perfection is that the cars soon become a never-ending story. A project that is never finished. As someone who used their cars alot and was then still fairly new to the restoration game, that took me some getting used to. What exactly was outstanding?

So with that, the sales pitches came out. Even from people who did Sebring conversions, I had laughable offers. I’m talking £1.4k for the car. That’s when I had it up for £2.5k. Yes, that’s all an MGB was worth back in 2011. Those who drove it loved it, and tried to haggle me very hard for a deal. One guy saw the car 3 or 4 times, but he could not drum up the cash. While I out of desperation mentioned things like the car having road tax in the sale, as cars did back in 2010, he retorted back with obtaining a tax-exempt V5. He even said there was another car just like mine for less cash ; there wasn’t. It was a waste of my time, and a waste of his time. I soon was getting ready to accept that I might just have to keep it.

So what would happen? Would I keep it? I almost did, until a restorer came to look at the car. After a drive aroung the block and a good going over, he decided to offer me £2250 for the car. A fair price I felt. He couldn’t quite understand why I was getting rid, thinking that paintjob being done would result in a higher asking price. But I didn’t really care. He offered me what I wanted, and after a tickle with the welder to get it another MOT, off I drove the car for him down to Gloucester. 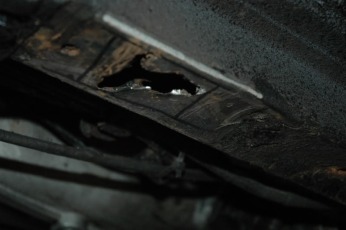 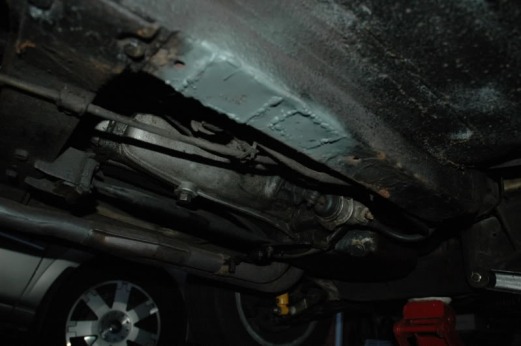 Yes, my welding could have been tidier, but at least it was solid and welded the correct way.

And with that, I mark the end of my time with the ‘B! I sold it back in 2011, after owning it for almost a decade! At the same time, a Triumph Stag would come up for sale. Yes, I thought a £2,000 Stag would be an easy project. But would it be?

While I was pondering over the Stag, this is what became of the ‘B’d Sebring.

It’s funny, for years, I didn’t miss this car. In recent times however, I have come to regret not pursuing this car. Will I ever learn my lesson? We shall see.

I left the last post with me having spent a small fortune on parts to sort the MGB out yet being present with a large bill for a steering rack swap.

But what benefits did I feel?  For starts the car felt like it was no longer required the force to be steered in any direction.  The Spax dampers made a surprising difference to the handling of the car and the exhaust really sounded lovely!

But there was an elephant in the room.  That would be any MGB’s Achilles Heel.  The bodywork.  To summarise:

-Rear valance was not very different and was very thin in places.

-The driver’s side floor had a thin hole in place where it met the gearbox tunnel.

We originally planned to take it down to a painter who was said to be good.  Upon initially meeting him this certainly seemed to be the case.  He was a very down to earth guy.  Unfortunately, fate would intervene.  He was due to go in for an operation which would have him out of action for months on end.  Cue painter two.

Alot was said about this painter and I had even seen a few cars he had done which looked to be half decent.  Thus the stripdown began.