Don’t you just love people who claim you can own an object of desire for a pittance?  That the world is wrong and they just don’t know where to look?  This certainly seemed to be the case for me and my search of a car I have wanted for quite some time ; the BMW E46 M3.

With its individual throttle bodies, great looks and lovely handling it had me written over it.  Sure there is the question of image but who cares when you are having so much fun?

I don’t think that I was too picky with my specification.  I wanted the following if I could help it:

Any car except Titan Silver
Preferably a manual
Evidence of good maintenance over the years, be it specialists or simply receipts to show what work the car has had done
Good service history from when it was new
New Discs ; I was wise enough to check the price of these!
New but good Tyres ; I was also wise enough to check the price up!
A half decent drive
With the latter two my jaw almost hit the floor when I saw the prices of them

With me previously owning a Clio 172 and a Mondeo V6 with 250,000 miles I thought the above should have been easy.

I had a few contenders to go and see.  These included the following:

All were claimed to be in great condition upon the first glance of the advert and the pictures.  After all a picture can speak 1,000 words.  So with that respect, surely 8 pictures can speak 8,000 words combined together?

While I did not expect perfection I wanted a clean and tidy car.  I figured with my then 2003 Clio 172 being very tidy for its age this should have been a walk in the park.  With plenty of tools at my disposal like My Car Buying Guide it should have given me an idea of what I was about to see!  Surely they would pass the mark with flying colours.

Little did I know, I had no idea what I was about to let myself in for. 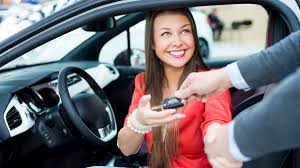